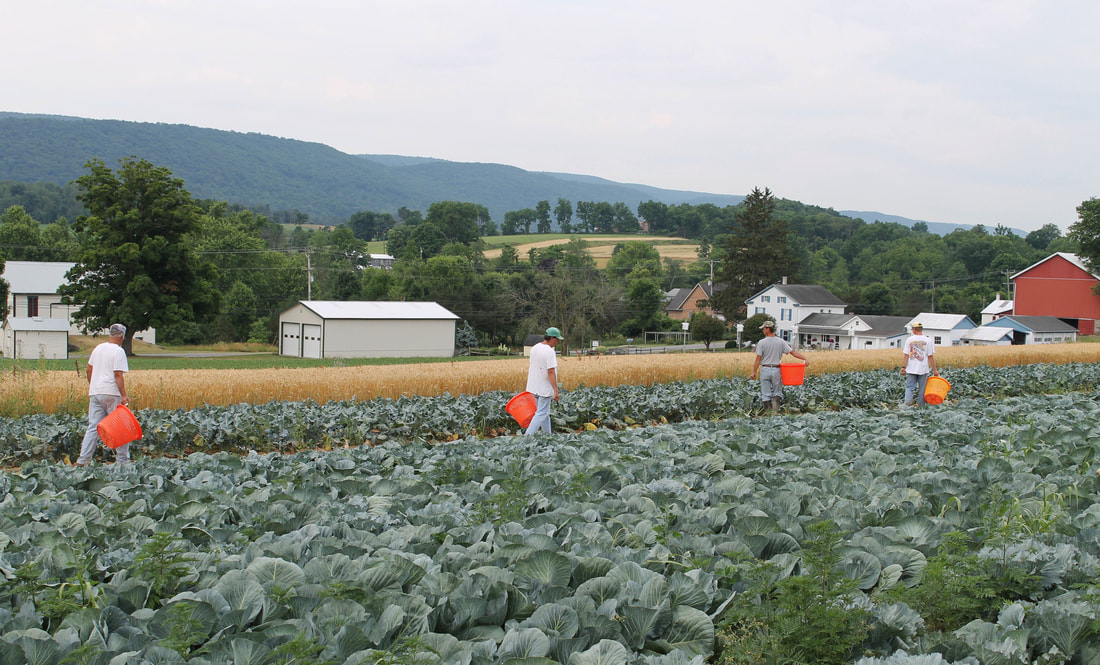 Ardry Farms is a fourth-generation family farm on Snydertown Road in Howard, Pennsylvania, located about half-way between Bellefonte and Lock Haven.  The farm was purchased by Howard Ardry, Sr. in 1933 and the family continues to farm both owned and rented ground to this day.

Mark, Wayne and Tom Ardry are the fourth generation farmers, brothers and co-owners of Ardry Farms. They were born and raised on the farm and today, along with their father and co-owner, Willis, all continue to work side by side.  Willis's grandfather, Howard Sr., began participating in Centre County farmers' markets in the 1930's, a tradition that Howard Jr. and later his son, Willis, and grandsons still honor.  As the years went on, the family began to branch out, eventually growing everything from corn, soybeans, wheat, potatoes and tomatoes to strawberries, cabbage, squash and melons.

Today, the Ardry family farms about 350 acres of crops. In addition, the farm is home to beef cattle, chickens and honey bees.  Not only does the farm participate in area markets, but they also supply grocery stores like Wegmans and Save-A-Lot with produce throughout the year.  Small and large restaurants in the area, along with local fairs such as the Bloomsburg Fair and the Grange Fair also turn to Ardry Farms for consistently high quality items and service.  ​It's safe to say that if you've lived in this area long enough, you have eaten an Ardry french fry at one point or another.

In December 2015, Mark's wife Samantha officially joined the Ardry family.  She works alongside her husband and brothers at local farmers' markets, tends the beehives and also produces a variety of baked goods in their state-certified home kitchen.

In April 2020, Mark and Samantha welcomed their baby girl, Joanna Marie, to the farm. She is the fifth generation!
BACK